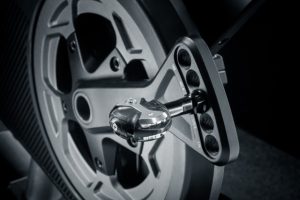 Wahoo has just announced that it has acquired Speedplay, the incredibly popular pedal manufacturer. This represents Wahoo’s second large acquisition in this year, following their purchase of The Sufferfest, one of the most intense training apps on the market.

Until now, Speedplay have focussed on powermeter-less pedals – with a unique design where the clipless mechanism is in the cleat and not the pedal itself. Wahoo have a great track record of building power meters in their famous KICKR turbo trainers, and also have form in cadence sensors, speed sensors and cycling computers. So odds are we could see a Speedplay-style power meter pedals in the next couple of years.

This is pretty exciting news, as there’s still very little choice when it comes to cleat systems when buying a power meter pedal. Almost all power meter pedals require you to use Keo cleats. So if you’ve bought into Shimano or Speedplay you’re out of luck.

So we’ll be watching this space closely and are looking forward to see what Wahoo and Speedplay can come up with together!

We use cookies to ensure that we give you the best experience on our website. If you continue to use this site we will assume that you are happy with this.Ok